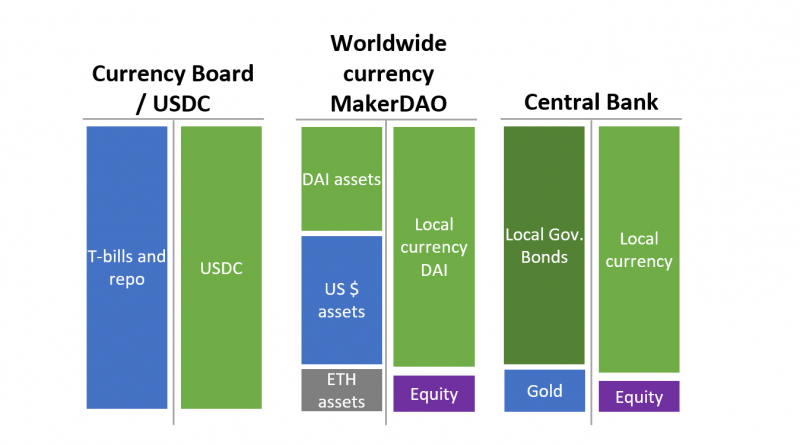 Following last week discussion on credit vs currency, this article dig into currency boards and what we could apply to stablecoins. This will also lead to an improved value proposition for MakerDAO and its stablecoin DAI.

A currency board is a system where a local currency keep a fixed exchange rate with a foreign currency. A great starting point is the Currency Boards Phd thesis of Kurt Schuller. Currency Boards allow the creation a currency by being pegged to a foreign currency like the US$. In it’s simplest form, it could be seen as a government money market fund (GMMF) which shares would be a currency. A more crypto way to represent it is fiat-backed stablecoins as USDC. It has foreign safe assets and you issue the local currency. Conversion between the two (US$ and USDC) is possible at the board (Circle) or a branch (Coinbase).

A currency board is generating revenue by having a small maturity mismatch. The local currency is redeemable for the foreign one on demand, but part of the reserve is used in foreign debt instrument that are producing interest revenues. Those are called seigniorage. There is also sometimes seigniorage for minting and redeeming operations.

The purpose of the currency board system is not to maximize seigniorage, but to capture seigniorage subject to the condition that local notes and coins always be convertible into the reserve currency
Currency Boards — Kurt Schuler — 1992

Most British colonial boards adopted a two buckets balance sheet. 30 to 50% where defined as a liquidity reserve and were hold in species and high-quality securities (British government bonds) with maturities shorter than 1 year. This is somewhat close to the idea of High Quality Liquid Asset in the Basel Framework or what GMMF or fiat-backed stablecoin are holding. It is interesting to note that local currencies was usually non yielding (just like USDC currently), therefore the currency boards was already generate a profit on this part of the balance sheet.

The rest of the balance sheet was called investment reserve, and was devoted to invest in longer term securities and possibly of lower quality. It is supposed that an “hard core” of local currency in circulation will never be redeemed and that not investing corresponding assets would be a economic waste.

In order to remain solvent, a piece of equity (i.e. more assets than issued currency) was needed, around 5 to 10%. This piece was called the “surplus account” not far from the similar Surplus Buffer of MakerDAO.

To ensure that capital losses on securities would not reduce reserves below 100 percent, many boards also held a “surplus account” of 5 or 10 percent
Currency Boards — Kurt Schuler — 1992

Quite interestingly, there was some rules on how to manage the surplus account.

This is again not very different from MakerDAO where all profits are going to fill the Surplus Buffer up to a threshold. From there, profits are given back to Maker Governance by buying and burning MKR token in the market.

The split between liquidity and investment reserves was also sometime rule based. For instance, Mauritius board was targeting 30–50% liquidity reserves and was supposed to refill (by selling securities) to 50% when the liquidity part was going below 30%.

The Currency Boards were more diverse that what exposed here. Some where more “pure” and hold all their asset at the Foreign Central Bank (like Faroe Islands), therefore removing the need of the surplus account. Some invested part of their reserve in lending to local government.

One interesting feature of currency board is the ability to change the peg. The Mauritius Currency Board was pegged to the Indian rupee but later changed to the sterling (at a rate of 15 Mauritius rupees = £1 sterling). Other switched from £ sterling to US$. Some used gold as backing. The British Honduras held both gold, £ sterling and US$.

Most of the Currency Board ended up becoming Central Bank in order to provide monetary sovereignty and economic flexibility. Politics (looking more independent from the former colonial power) was a big factor as well.

Comparison with a Central bank

The main rule that is broken with a central bank is the ability to hold local currency assets which, usually, end up in lending to the Government. This lending is quite a risk and you end up stopping convertibility to the higher level money (i.e. say gold during the Gold Standard) and becoming a fiat currency.

The figure below show the balance sheet representation of Currency Boards and Central Banks. The key differentiator is not riskiness of assets but the recursivity of being able to transform local currency debt, especially government debt, into local currency money.

In Perry Mehrling taxonomy, Central Bank, under the influence of the government, tends to favor too much elasticity in the local currency. The UK recent drama, wanting to bring discipline but switching to more elasticity at the first issue, is a prime exemple. Currency Boards lean toward more discipline, even if it is probably too much under the Pure Currency Board displayed above.

The Modern Monetary Theory says that you can be elastic until you get inflation and then you need to raise taxes and reduce spending (in order to repay or at least stabilize debt issuance). As inflation is very high, we will see how that will play out.

This makes me quite bearish on fiat currencies like the US$. While the dollars is rising (against other currencies, but against gold as well), I believe this strength is more due to too much $-denominated debt to be repaid than a rational decision to hold the asset. We already seen a similar pattern with DAI being valued above $1 when debt was contracting and it wasn’t possible to create DAI without borrowing.

In the Pozsar vs Mehrling debate, I feel more on the side of Pozsar seeing the prelude to a birth of a new world monetary order. Nevertheless, being more digital oriented, I would lean more towards cryptocurrencies than traditional communities.

With those macro-economics concerns and what I’ve learned studying those Currency Boards, my view of the value proposition of MakerDAO changed somewhat.

A path for MakerDAO?

I tend to agree on Ohno view that a monetary system should seek short-term stability and long-term flexibility against US$. The US$ is the main currency for now, therefore having a 1:1 strong peg is condition to be relevant. Following the article discussing credit vs currency for stablecoins, this would make DAI being a currency, but behaving like credit.

Yet, we need to keep the long-term flexibility and provide an added value to DAI. When (and if) the US$ fails we should have the flexibility to switch to another unit of account system to safeguard DAI value as a store of value. Transition will years or even decades but so far my best bet would be Ethereum (Bitcoin as close second choice). Ethereum (ETH) is currently too speculative and not used in international trade. Yet, within a decade the situation might change.

Therefore, I would suggest the following structure for MakerDAO balance sheet (which is mostly a representation change from the ALM forecast I published this summer).

Following the Currency Board model, most of the DAI backing would be in US$ assets. A position in ETH would be started. As defined in the ALM model, this would consume a lot of capital but could constitute the kernel of the foreign currency switch. Another key, more innovative, element would be the holding of DAI assets, i.e. crypto-backed loans. This element is important as a local currency asset doesn’t create a foreign exchange risk when you change your referential. Rules must be in place to avoid the self referential issue of central banks (having only crypto-backed loans would probably remove the problem). The Ethereum network state doesn’t have a government to start with.

At this stage, it is just an idea. There are probably many second order effects to consider. Creating a currency instead of a credit instrument is also not easy, you need to create a currency ecosystem.

Nevertheless, it would, I hope, retains most of the benefits of having DAI as credit with the additional value of safeguarding DAI store of value capacity in case the US$ start to fall. 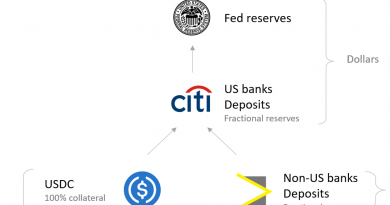 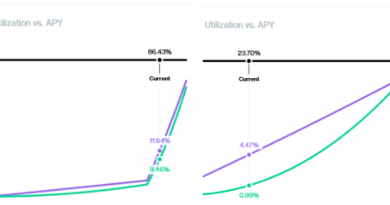